To be a truly confident, integrated male in this world you need to set yourself apart from the rest. But first, you need to identify the issues that are preventing you to do so. Over the past few months, I’ve been seeking some answers to questions that plagued me throughout my young adulthood. Questions like, “Why can’t I get what I want?” “How can I really improve myself?” “How can I not only improve myself but my relations with others?” “How can I add value to people around me?” Not all of these questions came at once though. They’ve emerged over time as if I were playing a metaphorical game of wack-a-mole where the moles are overwhelming at first but get slower and slower as you keep playing.

During this process of self-exploration and self-improvement I stumbled upon No More Mr. Nice Guy by Dr. Robert Glover. I had heard some good things about his book while reading Mark Manson’s Models: Attract Women Through Honesty so I was already warming up to the idea that this book could potentially help. With my half-skepticism I hopped over to Amazon and started reading the first chapter. At about the halfway mark and experiencing about ten “oh shit” moments I knew that this information could very well change my life.

So what does it mean to be a “nice guy?” Here is a list of the descriptions of a “nice guy” that most resonated most with me:

As you can tell, all of these things when mushed together into one person could spell disaster.

During the time I spent reading I noticed that each chapter successively progressed through the different areas in a man’s life where he can take back control and become a much more integrated and confident male. Dr. Glover sums it up well in chapter 7 when he conveniently lists all the different aspects “nice guy” has to address when trying to turn around their life:

If any of this has resonated with you, I suggest your next step is to listen to the Episode 145 of the Art of Charm podcast. I guarantee if you had some “oh $@#^” moments earlier in this post you will have twice as many listening Dr. Glover and Jordan chat about No More Mr. Nice Guy. 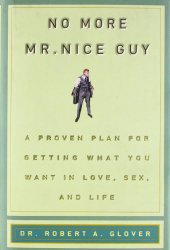 Overall, No More Mr. Nice Guy along with a whole slew of other resources have opened up so many more doors in my life. I know I have not regretted going through this process and it’s only getting more fun as I address all-the-things. As you could imagine, I was (and still am – no, I am not a perfect princess) guilty of many of the items in the list above. My only sincere hope is that this information gets to the people that need it and help make a positive impact on their lives.

On an additional final note, as I continue this adventure I will be posting further book reviews (if all goes well, one a month) so stay tuned! Also if you feel compelled to leave comments below i’d love to hear from you.

In this book review, I talk about The Creator’s Code by Amy Wilkinson. Amy had been featured on one of my favorite podcasts these days The School of Greatness. I’ve been especially…

The Dip by Seth Godin may be short but it’s message has occupied my mind for months since I’ve first read it. In this month’s book review, I wanted to dive into some of the most…