One of the most confusing things about Bluetooth Low Energy is how data is moved around. Depending on your application, your device state may be fairly complex. That means having an individual endpoint for every piece of data is suicide by Bluetooth.

So, what’s he solution? 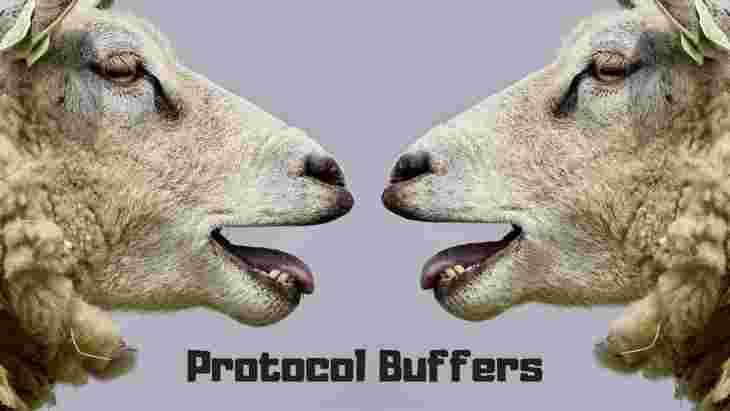 A protocol buffer is a programatic way to encode/decode optimized structured data. They can be shared and manipulated across almost any platform. Nordic actually uses a variant of it for their DFU service.

There was a lot of buzz words in the first few sentences. Hopefully, by the end of this post you’ll understand exactly what I’m talking about.

In this tutorial, i’ll include fully flushed out example code that you can clone and start using immediately. All you need is one of these: 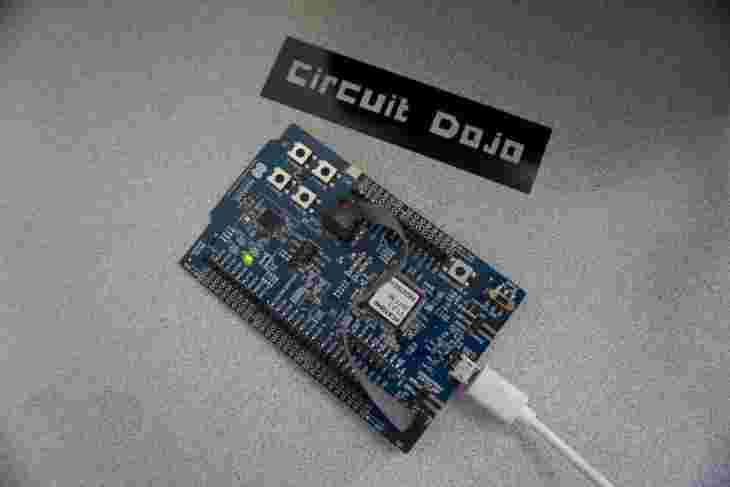 So, how do you use this magical software?

P.S. this post is lengthy. If you want something to download, click here for a a beautifully formatted PDF. (Added bonus, the PDF has all three parts of this series!)

The first part of the process is to make sure you’ve installed all the correct utilities. Depending on what programming language will determine what you install and use. In this case I’ll outline the utilities that I have used for several projects in the past using C, Go and Javascript.

protoc is the most important utility you’ll have to install here. It’s the Protobuf “compiler” which takes your .proto and .options files and turns them into static code.

Consider protoc the compiler for Protocol Buffers. It can either output raw files or libraries directly. That’s because it’s got Go support built in.

That raw data can also be used to generate static libraries for other languages. That usually requires an extra utility (or utilities). I describe the two that the Dondi Lib project used below.

I’ve simplified this step a bit in the example code. Get started by cloning the repos here.

Setting up the protocol buffer

Create a file called command.proto. You can make the contents of that file what’s below:

It may look foreign at first but once you take a deeper look, it’s not that much different than a standard C struct or hash table.

I’m using two types of data in this example: a string and enum as a type. There are actually a few more which you can read up at the documentation. When compiled, the equivalent c struct looks like:

You can nest as many messages inside each other as your hearts content. Typically though, a message is as small as possible so data transmission is as efficient as possible. This is particularly important for resource constrained systems or LTE deployments where you’re charged for every megabyte used. Note: when elements are not used or defined they are typically not included in the encoded Protocol Buffer payload.

Normally, when you create a generic message like this, there is no limit to the size of the string message. That option can be set in the .options file:

This way, the memory can be statically allocated in my microprocessor code at compile time. If the message size is greater than 64 bytes then it will get chopped off in the code (or you’ll simply get an error during decode). It’s up to you, the software engineer, to figure out the absolute maximum amount of bytes (or characters) that you may need for this type of data.

You can look at more of the nanopb related features at their documentation.

In order to make this as easy as possible, I put all the following code into a Makefile. When you make a change to the Protocol Buffer, that every library for every language used gets generated.

If we want to generate a static Go file the command looks like:

If you’ve installed the nanopb plugin, you can do something similar to generate C code:

You can test each of these commands with the .proto and .options file examples above. I also built this manual process into one command in the example repository. Get access here. 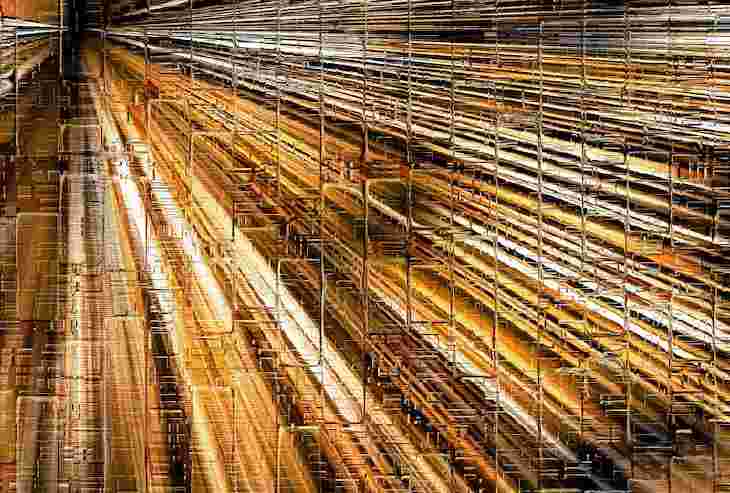 In the examples below, I show you how to use your freshly compiled static code! This is where the fun begins.

Here’s a typical flow that you can follow when using a statically generated javascript library. First, initialize the library.

Then create an instance of event:

You’ll get errors during this step if your object is malformed or if if you are missing required elements. I don’t recommend using the required prefix when defining your .proto file. Any checks for required elements can be easily done in your application code.

Finally, the last step is to encode and turn it into raw bytes:

You can then use payload and send it over BLE, HTTP or whatever. If there’s a communication protocol, you can send this buffer over it!

Once the data is received it’s decoded on the embedded end. nanopb is confusing. But luckily I have some code here that will work for you:

First, you create an input stream based on the raw data and the size of the data.

Then, you use the pb_decode function. You point the first argument to the input stream. The second to the definition of our Protocol Buffer we’ve been working with. It’s located in the command.pb.h file.

The last argument is a pointer to the struct to put the decoded data into. (In this case it’s evt defined right before pb_istream_from_buffer above).

Let’s now say we’re going to reply to the message that was just decoded above. So now we have to create data, encode it and send it back. Here’s the process:

First create a buffer that holds the maximum amount of bytes that your Protocol buffer takes up. This is also defined in your command.pb.h. In this case event_size is set to 67. Then, similarly to the decode command, you create a stream and connect it to your buffer. Then finally encode the data by pointing your evt struct along with the stream and event_fields.

As long as pb_encode returns without error, the encoded data has been written to output! The structure can be variable length so the best way to handle when sending it is to get the bytes_written from ostream:

Nice you made it! I hope you’re starting to grasp the power of Protocol Buffers. Don’t worry, it took me a little while to figure it all out. You too can be a Protocol Buffer master! 😉

If you’re not too thrilled with Protocol Buffers, there are other alternatives. I’ve used MessagePack with some success on previous products. It’s straightforward and has tons of support for a majority of programming languages.

If you are interested how to roll this into a Bluetooth Low Energy project check out the other posts in this series.

In Part two, I’ll show you how to set up a very simple Bluetooth Service and Characteristic that will be used to transfer our freshly encoded data to-and-fro.

In Part three, I’ll show you how to get the javascript app working. Plus you learn how to started with some of the most popular BLE development apps.

Also, if you want to see all the code in action, you can download everything here. 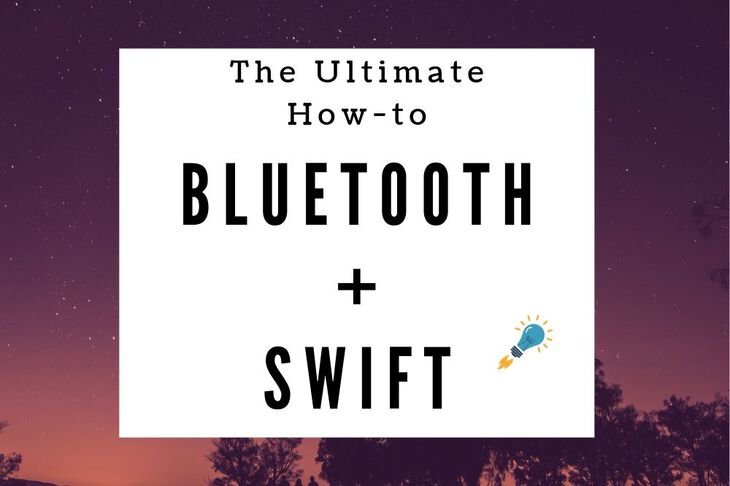 In a previous tutorial, you learned how to add Bluetooth to a Particle Xenon application. That way you could control the onboard RGB LED from a test app like nRF Connect or Light… 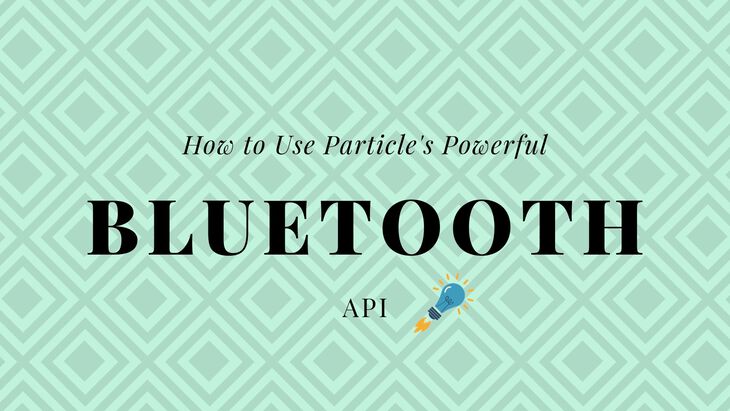 How to Use Particle's Powerful Bluetooth API

I was defeated. I had spent the whole night trying to get a Bluetooth Low Energy project working. It was painful. It was frustrating. I was ready to give up. That was during the… 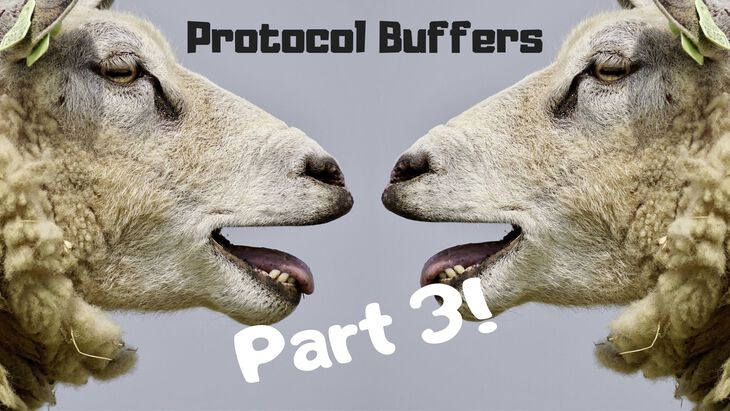 How to Define a Protocol Buffer Bluetooth: Part 3

In Part 1 we’ve learned the anatomy of a Protocol Buffer. In Part 2 we’ve learned how a Bluetooth Low Energy Service gets pieced together on the Nordic NRF52 SDK. This final post…