I recently participated in a contest on Hackster sponsored by Soracom. I poured my heart into the project with little time I had before heading out of town for a few months. The effort was worth it though because I ended up winning!

In today’s post, i’m going to break down some of the biggest things I took away from the project.

What is a Canary and what the heck does it do?

The Canary is a portable air quality meter to keep people safe in tough environments. Anyone can bring it onto a job site, hang up on the wall and forget about it. Like a canary in a coal mine, it’s there to chirp in when things are getting out of hand (though canaries did the opposite 😬).

To keep things simple, I decided to use the same 4.5mm black acrylic throughout. This required some acrylic cement and some last minute improvising. Plus, it required some time on the drill press to countersink the screw holes.

I used Fusion360 for the design. It’s been a slow learning curve but a big step up from building everything in Sketchup.

The Beauty of Soracom

First off, I found it easy to get started with Soracom Air (the name of their cell service). In comparison to Verizon and Nimbelink (which uses Verizon’s network), it was night and day. Provisioning was simple and I was up and running in about 10 minutes.

Not only do they offer traditional cellular service (they’ve partnered with AT&T and T-Mobile here in the states), but they offer other services too. This includes functionality to help with data aggregation and visualization. I’ll describe them below:

Harvest is their data aggregation panel. It allows your devices to send data to their servers. If you’re familiar with the Particle platform, it does something very similar.

Here’s a screenshot from some of the location data I was publishing at the time.

Next was Lagoon. It’s a hosted version of Grafana. I’m a huge fan of Grafana and it’s great that they’ve provided the first interface for free. (Who doesn’t like free!)

They also offer services like VPN tunnels from devices right to your servers. That way your devices cant get hacked or DDoSed driving up your data usage charges. These are industry standard features that are gaining in popularity. All good IoT companies should have these in place before deploying their products!

What I Would Change

During the development process, I did run into some snags. In particular, using the Soracom SIM with the Particle Boron. Device OS was not optimized for use with LTE user credentials.

This problem is low on Particles list of things to fix and thus I spent hours trying to figure it out on my own. I got one Boron to work with the setup but afterwards found it difficult to replicate my setup.

Moving forward, I recommend another platform. (Or writing your own firmware using Nordic’s SDK) If you’re confident in hacking firmware though, the Particle platform is a great option.

Additionally, the cost of the project was high. Part of the cost was the custom laser cut acrylic. If I had access to a laser cutter, costs could have been lower. 😇

Custom printed circuit boards and plastic injected enclosures (even a pre-existing one) would drive costs much lower making it a viable solution for businesses big and small.

Finally, some reworking of the GPS code would be necessary to make this product battle ready. Sometimes it would take up to an hour or two for the GPS module to finally get a lock. Not exactly.. reliable. Or if there was a way to download the calibration table data that would have sped things up considerably!

Overall, the project was a success and I’m glad I brought something cool into the world. Despite the issue with my Boron, i’m still a die hard Particle fan. Soracom is awesome and I can’t wait to find a reason to play with their services more in the future.

If you want to learn more about the project, check out the full entry on Hackster: https://www.hackster.io/jaredwolff/the-canary-a-portable-air-quality-monitor-99a1f4 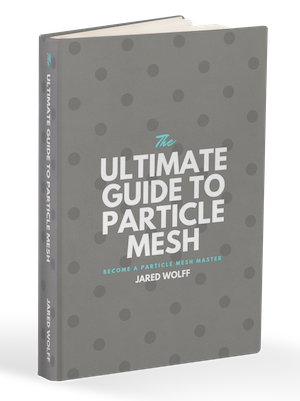 Get Ready for the Ultimate Guide

Signup to get updates on The Ultimate Guide to Particle Mesh. Early subscribers get a discount when it becomes available!

Deploying devices using Particle’s Cloud is easy. Publishing to the cloud is dead easy. Finding a reliable way to do the opposite can be.. complicated. This is especially true for…

The Particle application for iPhone and Android can be a handy tool. Particle has been working hard on improvements to make it more versatile than it used to be. No longer are the… 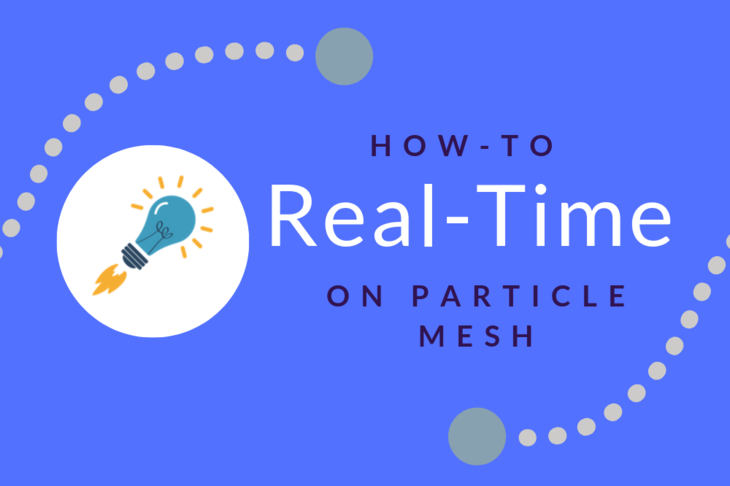 How to Real Time Processing on Particle Mesh

Sometimes you run into an application that requires something to happen in real-time. I’m not talking about seconds or milliseconds, we’re talking about microsecond accuracy here.…